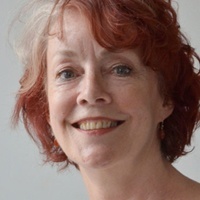 Roberta Bayley chronicled the early days of punk rock. Bayley’s photographic work includes images of Blondie and the Sex Pistols on tour, Elvis Costello in the green room at CBGBs and Richard Hell and hanging out in Lower East Side. Her portraits include photos of Iggy Pop, Talking Heads, The Clash, the Damned and X-Ray Spex. Her record covers include debut albums by The Ramones, Johnny Thunder & The Heartbreakers and Richard Hell. She was the chief photographer for Punk magazine from 1976 onward.