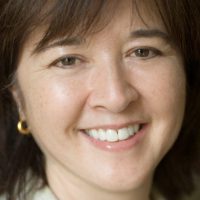 Karen Kasmauski has built her career on the close observation of people. She specializes in bringing a human face to the impact of science and social developments. The 25 major stories Kasmauski photographed for National Geographic Magazine include groundbreaking coverage on viruses, women’s issues, aging, emerging diseases, migrating workforce, immigration and other critical topics.

Her books, Impact: From the Front lines of Global Health and Nurse: A World of Care, were both nominated for the Pulitzer Prize. Her international coverage on radiation received top honors in the Pictures of the Year competition as well as a special recognition in the Magazine Photographer of the Year category.

A skilled story developer and journalist, Kasmauski has created media outreach projects for non-profits. In 2009, she received a grant from Getty Images to document the process of non-profits effecting social change.