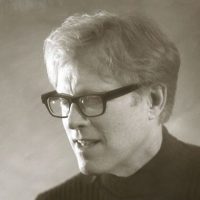 In 1985, Josef Astor opened his studio in Carnegie Hall and launched his theatrically staged, historically informed photography. Astor is acclaimed for his portraits of individuals from the world of music, architecture, dance, theatre and art.

His work has been widely collected and exhibited, and included in shows at The International Center of Photography, Julie Saul Gallery, Howard Greenberg Gallery, and Vanity Fair Portraits at the National Portrait Gallery in London. He received the Infinity Award from the International Center of Photography. Astor is currently on the faculty of the School of Visual Arts in New York. His directing debut was the documentary Lost Bohemia which premiered in 2010 and won a Special Jury Prize at DOC-NYC Festival.