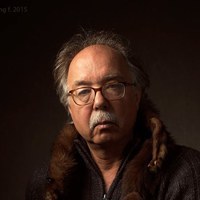 Jan Banning is a Dutch autonomous artist/photographer, based in Utrecht, the Netherlands. He was born in Almelo (Netherlands) on May 4, 1954, from Dutch East Indies parents, and he studied social and economic history at the Radbout University of Nijmegen. Both of these facts have had a strong influence on his photographic works.

His origin is expressed in the choice of subjects, such as Indonesian women who were forced to become prostitutes for the Japanese army during the Second World War in ‘Comfort Women’; or former forced labourers in South East Asia during the same period in ‘Traces of War: Survivors of the Burma and Sumatra Railways’; also the repatriation of elderly Moluccans from the Netherlands to the Indonesian Moluccas in ‘Pulang: Back to Maluku’.