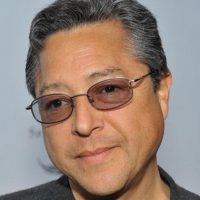 Genaro Molina‘s career as a photojournalist includes working for the San Francisco Chronicle, the San Jose Mercury News, the Claremont Courier and the Sacramento Bee, before joining the staff of the Los Angeles Times in 1995. He has won numerous awards, including the California Photographer of the Year, the Clarion Award and the Harry Chapin Media Award. His ongoing goal is to continue working on stories of human interest that celebrate the diversity of Los Angeles.