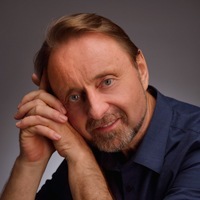 Frans Lanting‘s influential work has appeared in books, magazines, and exhibitions around the world. Born in Rotterdam, the Netherlands, he earned a master’s degree in economics then moved to the United States to study environmental planning.  Soon after, he began photographing the natural world. For three decades he has documented wildlife from the Amazon to Antarctica to promote understanding about the Earth and its natural history through images that convey a passion for nature and a sense of wonder about our living planet.

Lanting’s work is commissioned frequently by National Geographic, where he served as a Photographer-in-Residence. His assignments have ranged from a first look at the fabled bonobos of the Congo to a unique circumnavigation by sailboat of South Georgia Island in the subantarctic. In a remote part of the upper Amazon Basin, he spent weeks on platform towers to obtain rare tree-canopy views of wild macaws. He lived for months with seabirds on isolated atolls in the Pacific Ocean, followed lions through the African night, and camped among giant tortoises inside a volcano in the Galápagos.

Lanting did pioneering work in Madagascar and in Botswana’s Okavango Delta, and his photo essays about Borneo’s rainforest, emperor penguins in Antarctica, and the plight of puffins in the North Atlantic, have been featured in publications around the world. Images from his year-long odyssey to assess global biodiversity at the turn of the millennium filled an issue of National Geographic. Lanting’s work for the Geographic also includes profiles of ecological hot spots, a series of photo essays on American landscapes, and stories about Hawaii’s volcanoes, Zambia’s wildlife, a global survey of albatrosses and a feature on groundbreaking research with chimpanzees in Senegal that is shedding new light on human evolution. His story about Namibia’s new super park featured an image, “Ghost Trees, Namibia,” that became an internet sensation when it was published in the June 2011 issue of National Geographic.

In 2006, Lanting and his wife and partner, Chris Eckstrom, launched The LIFE Project, a lyrical interpretation of the history of life on Earth, as a book, an exhibition, a website and a multimedia orchestral performance with music by Philip Glass. The LIFE symphony premiered in Santa Cruz, California, that same year, and has been touring North America and Europe ever since. ORIGINS, a new multimedia production based on LIFE, was performed in Geneva, Switzerland, at the official ceremony to inaugurate CERN’s Large Hadron Collider, the largest machine ever built to study the origins of the universe. LIFE was performed at the Lincoln Center in New York to launch the World Science Festival and to honor the distinguished biologist Dr. E. O. Wilson, and in London, Marin Alsop conducted the London Symphony Orchestra in a special performance of LIFE at the Barbican.

My mission was to create images of nature—from volcanoes to tree frogs—that could evoke a sense of time and origins. I wanted to apply both new scientific ideas to my subjects and new photographic concepts to my images. My approach has been that of a storyteller who draws on characters for the sake of telling a larger tale.