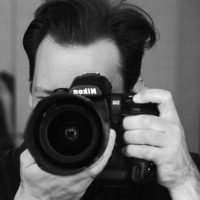 Nashville-based photographer David McClister grew up in the South and began his career as a filmmaker and music video director. At the urging of his wife, he picked up a still camera and began photographing several local bands and musicians that he admired.

McClister fell in love with the medium and eventually photographed Ryan Adams’ album “Heartbreaker.” Fourteen years later, he has worked with many major record labels and his photographs have appeared in Rolling Stone, GQ, Esquire, Garden & Gun, The Wall Street Journal, TIME and Billboard.