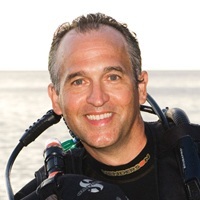 Brian Skerry is a photojournalist specializing in marine wildlife and underwater environments. Since 1998 he has been a photographer for National Geographic Magazine, covering a wide range of subjects and stories. In 2014, Skerry was named a National Geographic Photography Fellow. He has lectured at The World Economic Forum in Davos, Switzerland, TED Talks, The Royal Geographical Society in London and the Sydney Opera House in Australia.

In 2010, National Geographic Magazine named one of Skerry’s images among their 50 Greatest Photographs Of All Time. He has had recent exhibits at Visa Pour l’Image in Perpignan, France as well as in Geneva, Barcelona, Lisbon and Shanghai. An exhibit of Skerry’s work is currently on display at the Smithsonian National Museum of Natural History in Washington, DC.