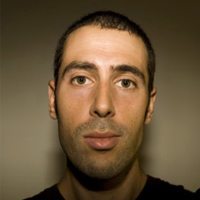 Brent Lewin is a Canadian documentary photographer based in Bangkok. His work has largely focused on the struggle to preserve traditional cultural identity in the face of globalization. The following portrait series, Stealing Beauty, focuses on the Chin minority in Myanmar. Adored for their beauty, King’s would come to villages to steal men’s wives. As a measure against their women being stolen, village elders began tattooing teenage girls to make them ‘ugly’. The tradition stuck and over generations eventually lost it’s original meaning of ugliness and came to represent courage, beauty and strength.

Slideshow Night Photographs for No Strangers

My favorite shots have always been subtle images that are layered and illustrate a larger story of the Asian economy, looking at such issues as income inequality and the effects of globalization and consumption.