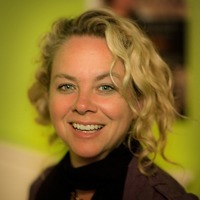 Barbara Davidson has been a staff photographer for The Los Angeles Times since 2007. Prior to LA, she worked at The Dallas Morning News, The Washington Times and The Record in Ontario, Canada.

Davidson has documented humanitarian crises brought on by war in Iraq, Afghanistan, The Democratic Republic of Congo, Israel and Gaza. She documented the Tsunami disaster, Hurricane Katrina and The China Earthquake. Her news assignments have also brought her to Yemen, Nigeria and Rwanda.

In 2006, Davidson was named Newspaper Photographer of The Year by the Pictures of The Year International Competition. She won the 2006 Pulitzer Prize for Breaking News Photography with seven fellow staff members for their body of work depicting the pain and chaos after Hurricane Katrina. In 2009, she was awarded the Visa d’Or Daily Press award for her coverage of the earthquake in China and was exhibited at the Visa Pour l’image festival in France as well. She was last years recipient of The National Press Photographers Associations Cliff Edom’s New America Award and received Judges Recognition, in Pictures of The Year International (POYi), for her Frozen Land, Forgotten People Navajo Nation essay. In 2011, Davidson was awarded The Community Awareness Award by POYi for her coverage of victims of gang violence in Los Angeles County.